Posted at 13:48h in Prevention & More by webadmin 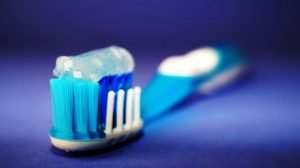 On 1st December 2008 water fluoridation was phased into the Sunshine Coast water supplies.

Such a controversial subject!!

Fluoride is a very abundant natural mineral salt on earth, occurring everywhere… our food (high levels in green tea and bananas for example), the soil, even seawater (at 1.3 ppm, higher than fluoridated tap water!)

In very high doses, it can be toxic (so can water, Brazil nuts, Panadol, and many other things) … eating a whole large tube of toothpaste with high fluoride ingredients could conceivably put a very small child in hospital.

But at appropriate, very small doses, fluoride is incredibly good at protecting  your enamel and preventing tooth decay.

We think of fluoride as “an antidote to modern civilised Western food”. It’s quite likely that if you eat a truly natural diet and your exposure to refined carbohydrates (processed flour) is zero, your exposure to sweet foods is rare, (say for instance when you come across a beehive every few months), you will have absolutely no decay and no need for fluoride.

Just to complicate the “natural” versus fluoride debate, there was probably a reasonably high level of natural fluoride in the dirt and ash unintentionally eaten by our ancestors around the cooking fire. Our super clean processed foods just don’t get that “natural” fortification.

We congratulate anyone who chooses a “natural” no sugar, no refined flour, no sweet juices (remember that our carefully bred fruit is much sweeter than it was hundreds of years ago) diet and therefore doesn’t need a fluoride “antidote”.

On the other hand, if you eat a “civilised” diet and go “fluoride free”, your teeth are at high risk of decaying!

So far, we have only talked about local applications of fluoride by toothpaste or by a hygienist or dentist. There is simply no question that we can halt or prevent decay by local application of fluoride (as well as other medicaments such as Tooth Mousse or Recaldent gum).

The issue of water fluoridation is where things become complicated. As dentists who have worked in the other states where water fluoridation has been present for decades, we daily see the marked difference of higher decay rates on the Sunshine Coast and Brisbane. Actually, the experience of dentists in Colorado Springs in the U.S was the reason fluoride was originally considered as a “medication”. Colorado Springs, like many other places on earth has a high natural fluoride content in drinking water. The people who have lived in high fluoride water areas for at least hundreds of years share one thing in common….hugely reduced decay rates! On the other hand, there are side effects. These DO NOT include higher rates of any diseases such as cancer, kidney disease or bone fractures. However where natural levels are up to 8 times the 1 part per million recommended for addition to water supplies, an excess of fuoride can result in “fluorosis”, an unsightly white or brown spot marking of teeth. In other words, you can have too much of a good thing!

The ethical issues are where the fur starts to fly. Nobody likes the idea of “mass medicating the public water supplies”. Especially as people who use fluoride toothpaste, see a hygienist for local application, brush well and eat a tooth friendly diet probably don’t need the extra benefit that water fluoridation brings (in other words, people who have bothered to read this far!).  Water fluoridation benefits those who don’t do all of the above. Unfortunately we don’t live in an ideal world. Water fluoridation is simply an extremely cost effective method of helping less-educated, socio-economically disadvantaged people avoid being dental cripples.

We don’t want to engage in punch-ups with the anti-fluoridation lobby. We would like to limit the hate mail that unfortunately comes for even mentioning that water fluoridation may be an ethical choice. The pro-fluoridation position of the ADA (Australian Dental Association), as well as the World Health Organisation, is not a conspiracy to hurt, poison or “con” people. Townsville water has been fluoridated since 1964. Decay rates, especially in kids, are significantly lower in Townsville compared to non-fluoridated cities. We are aware that some people will be philosophically opposed to “forced mass medication”, whatever the benefits to those less able to protect themselves.